Home Cats Do Cats Know They Are Cute?
Cats

Do Cats Know They Are Cute? 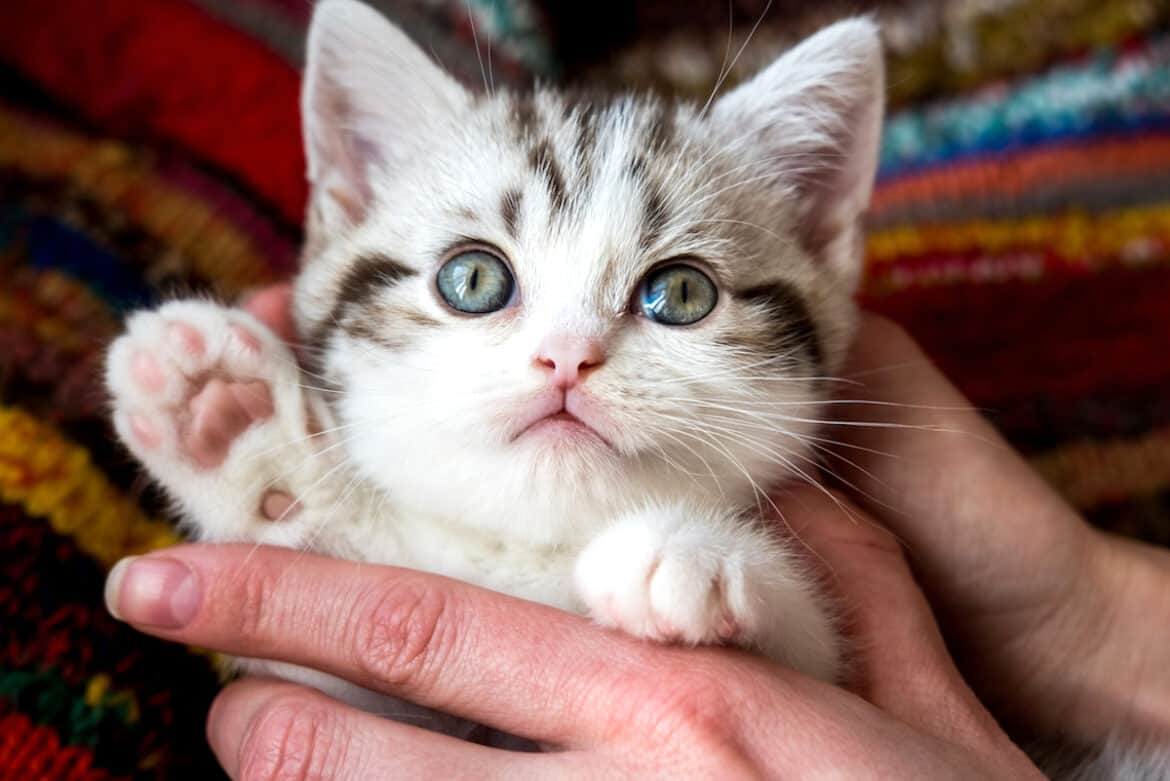 And, you may have even noticed that your cat will purr and rub against you to get your attention. Cats do use their feline lures to get you to do what they want. Hence, it makes sense to conclude that cats are no simpletons.

But do cats know they’re cute? It’s hard to say whether cats know they are cute. Science can’t provide us with a clear answer so far as to whether or not cats know that they are considered cute, except to acknowledge that cats are very intelligent. This does not mean cats are self-aware or have any concept of cuteness.

Nonetheless, many cat lovers claim that their felines know precisely how adorable they are, and since science is open-ended on this question, in this article, we’re going to discuss why cat owners think their cats are all too aware of their appeal.

How Intelligent Are Cats?

The brain structure of cats is no different from other intelligent animals, including humans. It’s about 90% similar to the brain structure of humans. Moreover, cats have 300 million neurons in their cerebral cortex, according to Psychology Today. Also, they have more nerve cells in the visual area of their brains.

Hence, cats learn more from doing rather than seeing. But, it’s not easy to guesstimate just how intelligent your cat is, as that depends on what measure you have for gauging intelligence.

Yet, if you accept the testimony of thousands of cat guardians concerning their cleverness quotient, you’ll probably think your cat is secretly an underworld god, much like the Ancient Egyptians did.

There isn’t any evidence to show that cats know that they’re cute. But, there is scientific research that supports the fact that cats aren’t self-aware.

Diana Reiss, an animal psychologist of National Geographic, claims that “it takes a good deal of sophisticated integration of information about yourself and your own movements and what you’re seeing in front of you in that glass” to recognize your mirror image.

Furthermore, the ‘Red Spot Test’ conducted in 1970 by Gordon Gallup (psychologist) showed that when researchers placed a red dot on the forehead of sleeping animals and placed those animals in front of the mirror when they woke up, most of the species did not react to the red dot on their forehead.

Only animals such as dolphins and apes reacted to the red dot on their forehead, which implied self-awareness.

Other animals, including cats and dogs, did not respond to the red dot on their forehead. So, it’s safe to assume that your cat doesn’t make use of lures to hook you. Your poor kitty is clueless about their cuteness and their own image. They’re just trying to communicate!

There are specific responses that cats project to capture the interest of their humans. For instance, cats don’t meow at other cats, but they meow at humans. Besides the basics like rubbing up against your legs, purring, or kneading, here are some other adorable feline antics that are aimed at attracting your affection and attention.

1. Sitting on Your Laptop, Book, or Workspace

Picture this. You’re working from home and are running late for a Zoom conference. You start up your laptop and turn around to plug it in when suddenly you come back up to find your furball having materialized on top of your keyboard like a phantom.

That’s classic feline behavior, and it means your pet is asking for your attention. Your best bet of getting rid of your cat in this situation is to give in and give them the pets they’re asking for.

Cat parents are all too aware of the ‘stare.’ Sometimes, your feline finds a comfy sitting spot and just gawks at you for long periods without blinking.

This behavior is your pet’s way of saying, “Look at me, human. I need you to do something.’ There are few individuals who can withstand the intensity of a kitty stare. Most of us crumble and end up doing whatever that cat wants!

If you wake from your slumber one fine Sunday morning to find a dead mouse/bird or a mangled toy right next to your pillow, you should feel very honored. No, seriously! It means your kitty has seen fit to reward your affection with a gift.

Your cat has a very special reason to get you presents; they want something. Maybe it’s chow-time, or maybe your pet’s hankering for some catnip (this is our favorite brand), but whatever it is, you can be sure that the gift has some feline strings attached for sure.

Some felines may go in the opposite direction and try their hand at annoyance instead. They’ll knock things over, run and jump across the room to stop you from moving forward. And other kitties even climb over you to get you to stop in your tracks.

When kitty parents witness such behavior, their instinct is to believe that their cat is coy or doing it out of spite. In truth, these are simple behaviors that your feline uses to make you understand that it wants something from you.

Felines are renowned for their self-preservation instincts, and the need to survive does dominate a lot of their behavior, including memory. But that doesn’t mean your kitty doesn’t like your or doesn’t bond with you the way canines do.

Quite a few cat parents tend to think their felines are all too aware of their adorableness, and that’s why they act extra-cute to get what they want. The truth is, your feline notes how you respond to certain acts, and if the reaction is positive (meaning they get what they want), they file it away for future use.

The point is that our supreme kitty overlords haven’t figured out their own charm, and thankfully, aren’t smart enough to completely take over the world…yet.

If you’re interested in learning more about cats and why they behave the way they do, don’t forget to go through the FAQs below.

Do Cats Know We Love Them?

It’s not surprising that cat owners are curious to know if their pet loves them after all the attention they lavish on them. Even though cats have a bit of a reputation when it comes to being detached, a lot of felines really enjoy the company of their humans.

The only difference is cats can’t and don’t communicate their affection the way humans do. Research shows that a feline’s body produces oxytocin (also known as the ‘love’ hormone) when it’s being stroked or petted by a human it’s bonded with.

That means your cat realizes your love and affection and returns it in full by granting you family status and rubbing their scent all over you.

Do Cats Pick a Favorite Person?

Felines can show favoritism towards one person out of their entire family. But, becoming ‘numero uno’ to a cat isn’t easy peasy.

Felines tend to gravitate towards the care-giver that looks after them the most. That involves spending quality time with your pet, feeding it, grooming it, cleaning up after it – the works. You will only win top place in a cat’s affection by your serious dedication and hard work.

According to the researchers at the University of Tokyo, felines recognize the voices of their owners and pay attention when you speak to them. Whether or not your cat likes it when you talk to it depends on various factors, such as your tone of voice.

If you want your kitty cat to like it when you speak to it, always remember to use a gentle tone. Felines are super-intelligent and quite sensitive, which means they don’t like loud noises or raised voices.

Another thing to keep in mind when you’re trying to communicate with your pet is to make sure you pick the right time. The best time to make conversation with your cat is when you’re stroking or petting it or when your kitty winds down to take a nap.

Do Cats Think of Us as Parents?

Researchers at the Oregon State University discovered that a majority of felines form a secure attachment to their caregivers.

Unlike the way popular culture depicts cats, feline attachments’ strength is pretty similar to babies and canines, which means they’re not cold or unfeeling at all. They do consider the humans they bond with as family.

However, it’s not clear whether cats afford owners any particular status. For now, all we know is that felines are more than capable of building familial bonds with their humans and that they understand who their caregiver is. Beyond that, science doesn’t have much info to share.

Up Next: Why Does My Cat Swipe At Me When I Walk By?

How Long After Deworming A Cat Are The...

My Cat Peed On My Clothes Right In...

Can You Mix Cat Litter?

What Is A Cow-Hocked Cat?

Cat Holding My Hand – What Does It...