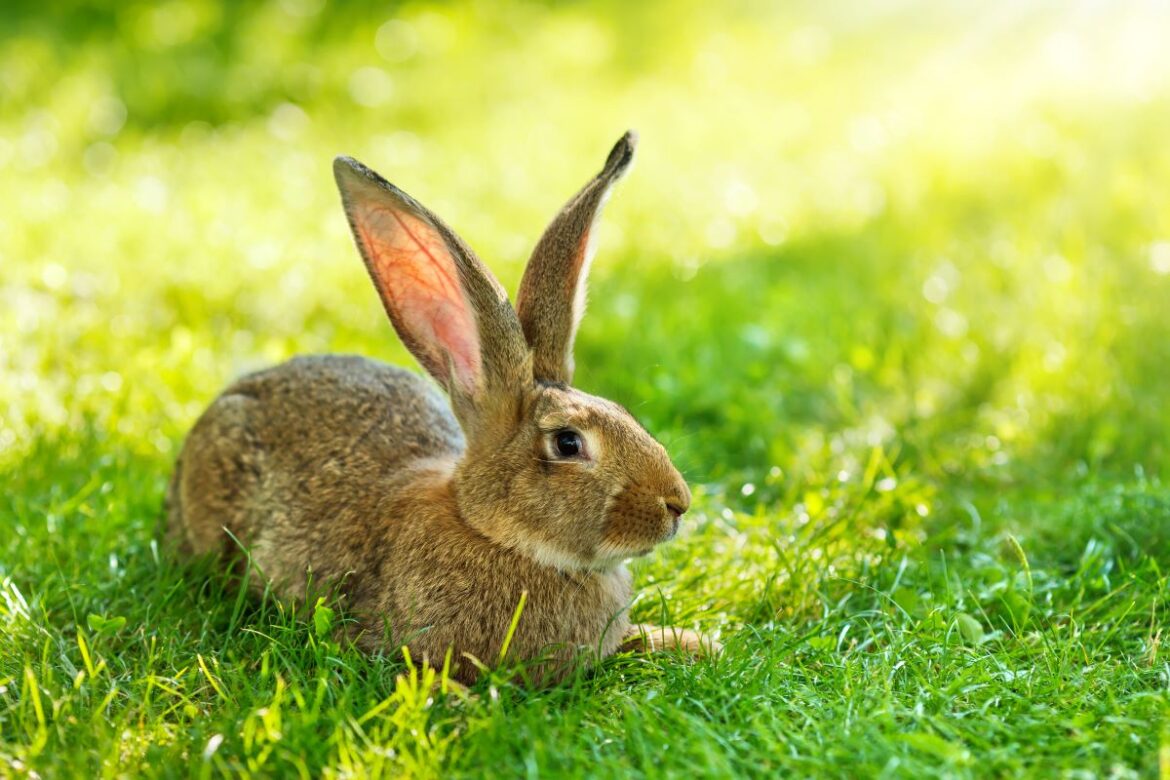 Rabbits have been domesticated since the early 5th century by monks in the south of France. Since then, these cuddly, cute-looking creatures have been popular pets. But, no matter how domesticated, your rabbit will never lose the urge to nibble and gnaw on almost anything.

But, do rabbits eat grasshoppers? No, your herbivore rabbit isn’t likely to eat grasshoppers, or any insects for that matter. They will be looking for foods full of fiber rather than protein, as they don’t need as much protein as carnivores or insectivores.

Rabbits are herbivores that love to eat most seeds, grasses, or hay. They almost exclusively keep to a plant-based diet. You might have seen your rabbit eat a bug, but that is a rare occasion, and your rabbit might have eaten the grasshopper by accident. After all, they’re named grasshoppers for a reason.

However, you should know that eating grasshoppers isn’t particularly healthy for rabbits. So, let’s take an in-depth look at why your rabbit might eat a grasshopper and if it is a good idea for rabbits to nibble on insects as well as fruits and veggies.

What Do Rabbits Typically Eat?

A rabbit’s usual diet consists of grass, vegetables, fruits, herbs, and hay. Rabbits relish the taste of hay, in particular. You’ll want to offer your beloved pet a variety of plants will satisfy their taste buds as well as serve to make your bunny healthier, so here are some of the best things to feed them:

In general, rabbits do not eat grasshoppers, or any insects, for that matter. Rabbits are herbivores that thrive on a low protein and high fiber diet. Their digestive system and internal bodily functions are suited to digesting plant-based food sources.

So, they don’t have the impulse or the natural inclination to chase and catch prey. Insects, including grasshoppers, don’t interest bunnies, and perhaps the only time a rabbit might look at a grasshopper with any interest is when they’re in the mood to play, or if the grasshopper is looking an awful lot like a stalk of hay.

Do Any Rabbits Eat Bugs?

As mentioned earlier, rabbits are herbivores that don’t regularly eat bugs. However, certain strange individuals do occasionally chomp on insects from time to time.

There have been cases where rabbit owners have sworn that their rabbits have either butchered a bug or swallowed one whole. But, you should know that it’s not because your rabbit is a serial bug killer.

Rabbits also revert to eating bugs when food of any other kind is exceptionally scarce. Nonetheless, such cases are rare, and it is also just as rare for such food scarcity to occur in regions where rabbits live.

Typically, it’s hard to come by a bunny rabbit that eats any insects – mites, spiders, crickets, fleas, ticks, termites, beetles, caterpillars, flies, or moths. So, you might question why most rabbits are so not into gobbling on bugs.

Here are some of the reasons why:

There’s no denying that some oddball rabbits have been seen to chomp down bugs regularly. But, such behavior is unusual in rabbits. The only time when you will see rabbits gorge on bugs is when food is scarce.

Should You Worry If Your Rabbit Eats A Bug?

There’s a high likelihood that your rabbit will eat a bug or two accidentally while out grazing and playing in the garden. There’s no need for you to worry in such a circumstance. The consumption of a cricket, a couple of ants, or a random grasshopper isn’t going to endanger your beloved pet’s life.

However, it would be best if you took care never to spray insecticides or chemical compounds in spaces close to where your rabbit usually hangs around or plays. While eating a random grasshopper will not damage your rabbit’s internal bodily functions, an insect that has toxins present on or inside their body from insecticide can cause your furry friend to fall ill.

So, if you’ve seen your rabbit eat up a few bugs, you should keep a close watch on your pet for the next 24 hours. If you notice any signs of lethargy, restlessness, or loss of appetite, you should head straight to the vet. On the flip side, if your rabbit seems as perky and content as ever, then you should simply continue having a great time with your bunny rabbit.

Rabbits are inquisitive creatures. They love to jump, hop, and play, and more than anything, they like to take a deeper look at things. So, if you’ve just witnessed your rabbit eating a bug, particularly a grasshopper, you should know that your rabbit has not turned into an insectivore.

In most cases, bunnies don’t eat bugs at all. If your rabbit does end up swallowing up an insect, it’s probably an accident. However, you should be prepared for eventualities.

There’s a chance that your rabbit might not feel well after eating a couple of bugs, and if your rabbit doesn’t look too good, then you should book an appointment with the vet ASAP.

On the other hand, if you see your bunny eating bugs frequently, you’ve just got a pretty unique bunny rabbit. But, as a pet parent, you still need to be vigilant that your furry friend doesn’t take in too much protein from somewhat questionable food sources such as grasshoppers, crickets, or cockroaches.

Up Next: Can Rabbits Eat Grapefruit?

What Can Hamsters Drink?

Why Do Rabbits Jump Over Each Other?

How Big Do Hamsters Get? – With Chart

Do Guinea Pigs Sleep With Their Eyes Open?