Home Small PetsRabbits Why Do Rabbits Jump Over Each Other?
RabbitsSmall Pets

Why Do Rabbits Jump Over Each Other? 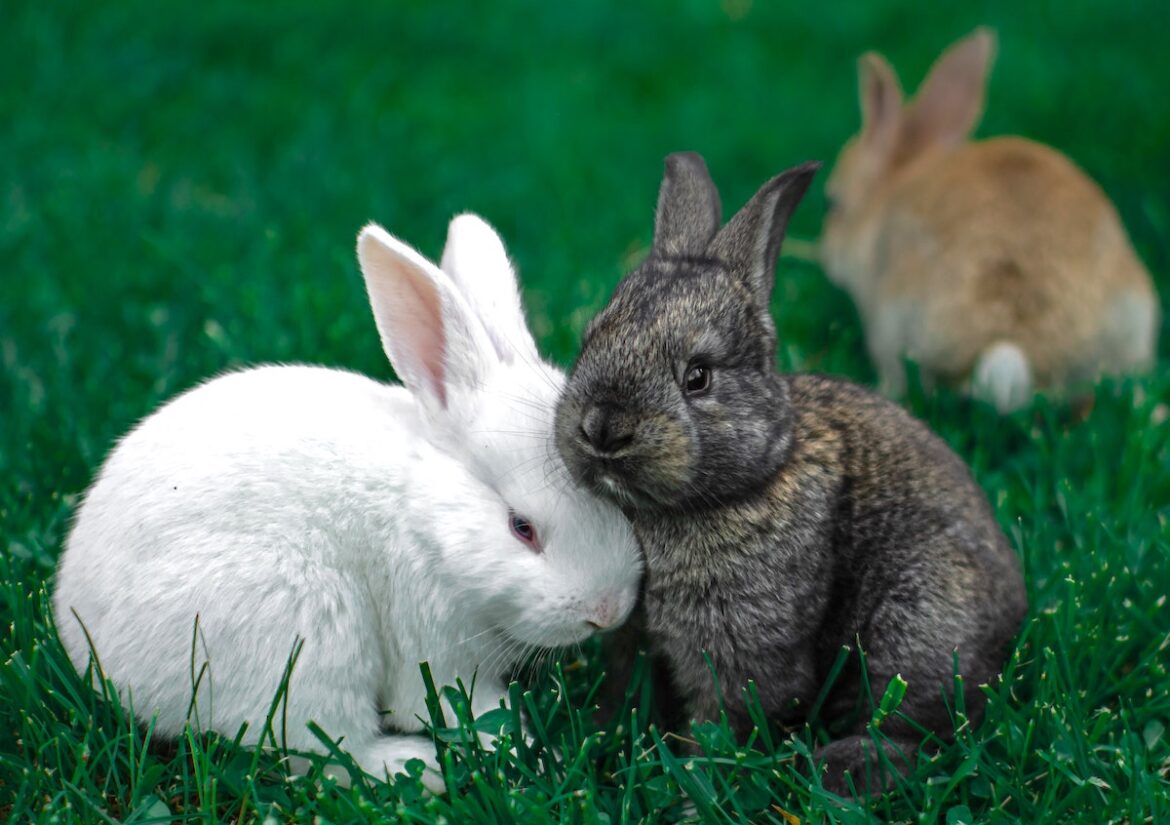 Understanding the behavior of your pet is the key element to providing better care for your pet. Rabbits have been domesticated since the middle ages and are a general favorite among animal lovers for their adorable looks and funny yet puzzling mannerisms.

These are intelligent creatures, but most of the time, it’s relatively easy for pet parents to tell that their bunny rabbit is unhappy simply by looking at the way they are acting. They aren’t high-maintenance pets with complex behaviors.

If you haven’t figured out why your fluffballs like to jump over each other, you need not worry. Through this article, you’ll discover why your bunnies like to chase each other and tend to jump over one another.

Why Does Your Rabbit Jump So Much?

Rabbits can walk just as well as they jump, but a rabbit’s forelegs aren’t as strong as their hind legs. When they’re at peace and safe, most rabbits choose to meander around without jumping at all.

Their need for speed to get away from danger is what gets the rabbit to jump rather than walk. It is the anatomy of the rabbit that allows these fantastic creatures to propel themselves forward. The incredible quadriceps and strong hamstrings in the hind legs enable them to out-jump even the fastest of predators.

But jumping, hopping, and leaping isn’t something rabbits practice only when they want to flee from danger. On the contrary, rabbits jump in many different scenarios for various reasons.

And, if you’ve never seen rabbits jumping over each other and are simply curious, we’ve found an adorable video on YouTube from Brandon Crain of two wild rabbits bounding about below.

What Are The Reasons Behind Rabbits Jumping Over Each Other?

Well, jumping is something you will find a rabbit do as often as you run. But, there are multiple circumstances when rabbits opt to jump over other rabbits. Let’s take a look at some of these situations.

Males jump over females to see if they are interested in their courtship. The male will jump over first and face the female when he lands. The female also leaps over the male; the higher she jumps, the more interested she is in the mating ritual. According to a study, this courtship dance is also known as cavorting.

In most cases, rabbit owners believe that the courtship dance might only occur between males and females. But, two males or two female rabbits might carry out the same ritual, and there can even be mating.

Moreover, if the jumping over each other is followed by the male sniffing the female’s bum and vice versa, then you can be sure that your bunnies are genuinely interested in mating.

Males rabbits are reasonably aggressive when they want to be. And female rabbits are pretty territorial. So, rabbits might look cute and cuddly, but they do possess a competitive streak. It’s an instinct in rabbits to determine leadership. So, the dominant male or female will jump over the other rabbits.

But, when rabbits jump over each other in a fight, other actions demonstrate that a battle is about to ensue, such as nipping the ears, thumping the feet, tensing and stiffening the muscles, and clawing.

You might wonder why rabbits might claw, bite, or hump rabbits of the same sex, but rabbits have a ranking in nature. They need to have a hierarchy that is based on strength. So, the rabbit that leaps the furthest and jumps the highest is generally accepted as the winner.

You might think that rabbits are mean, and there are some behaviors in the bunny world that seem harsh to the human eye. But, in the wild, such actions help these creatures to survive.

In most cases, rabbits are playful and affectionate animals that love nothing more than a nap and a tasty treat. But, a rabbit’s favorite pastime means putting on weight. So, rabbits jump and play leapfrog to keep their muscles strong, keep their weight off, and their bones from getting brittle.

You might find it hard to believe, but rabbits are fun-loving creatures who like nothing more than some playtime. If your rabbits are bored, they might jump over each other until they come across a better idea to spend their free time.

You might find your bored rabbit indulging in other behaviors such as excessive digging, following you around, biting you, staring at you, and jumping off and on high places.

If you happen to be the pet parent of young rabbits, you’ll often find them jumping over each other. That’s just them playing and goofing around. Young rabbits love nothing more than to spend quality time with their friends or cage mates.

Young rabbits usually demonstrate other actions such as doing a binky (jump in the air and slightly twisting their body), flopping to the side, running around, and stopping to dig or sit in a relaxed position.

A rush of serotonin in your rabbit’s system is the natural consequence of your rabbit’s elated or happy mood. Many things can make your pet happy, such as a favorite treat.

When your fur baby experiences joy or delight, they’ll express it through several actions such as jumping over each other or nipping at your finger slightly to tease you and get your attention.

Rabbits thrive in a safe and secure environment. The more your rabbit feels safe, the more it’ll bond with you. Also, rabbits tend to express or show more emotions around humans when they feel safe.

So, if your fur baby is feeling safe, they’ll jump or leap over other rabbits to tell you that they’re comfortable in your presence, that they feel safe with you, and they’re happy in their home. It’s a great feeling for most pet parents to enjoy such a close bond with their pets and experience such precious moments.

When Should You Stop Rabbits From Jumping Over Each Other?

You can’t make your rabbit behave in a manner that fits humans. A rabbit will be a rabbit in the wild or captivity. The surest way to make your beloved pet feel safe and loved is to let them be what they are – rabbits. So, you shouldn’t stop your rabbits from jumping over each other.

If you do catch your rabbits fighting, that is the only time you should intervene and separate your rabbits. You shouldn’t even interfere with the dominant rabbits and their other bunny friends unless you see clear signs of a fight that is about to break out.

Rabbits have very sharp teeth and claws that can cause much damage. So, if you don’t want any of your bunnies to get hurt, you should keep a close eye on your rabbits, especially if you have more than one.

Rabbits are fantastic pets. You should know that these animals are oodles and oodles of fun to watch and play with. Not to mention, rabbits are very affectionate creatures that like to cuddle and snuggle, particularly if they bond with humans.

The more you know about your pet, the easier it becomes to care for them. You might find your rabbits jumping over each other, but they don’t all jump over each other for the same reasons, and sometimes you need to keep a close eye on your fur babies to ensure that all is well.

In most cases, rabbits jump to express joy, alleviate boredom, fight, or attract a mate. Of course, rabbits jump to establish dominance over each other too. So, it is your job as a pet parent to watch your fur babies closely.

When you see them happy and joyous, join in their revelry and fun. But, when you get a hint of trouble brewing, refrain from interfering in your bunnies’ affairs until you see a fight break out. Only then is it okay for rabbit owners to force their pet babies to back off and behave.

Up Next: Why Does My Rabbit Climb On Me?

How Long Can Red Eared Sliders Go Without Food?

Why Do Cats Want You To Walk Them To Their Food?

What Can Hamsters Drink?

How Big Do Hamsters Get? – With Chart

Do Guinea Pigs Sleep With Their Eyes Open?