Home Aquariums Why Is My Betta Fish’s Fin Curling?
Aquariums 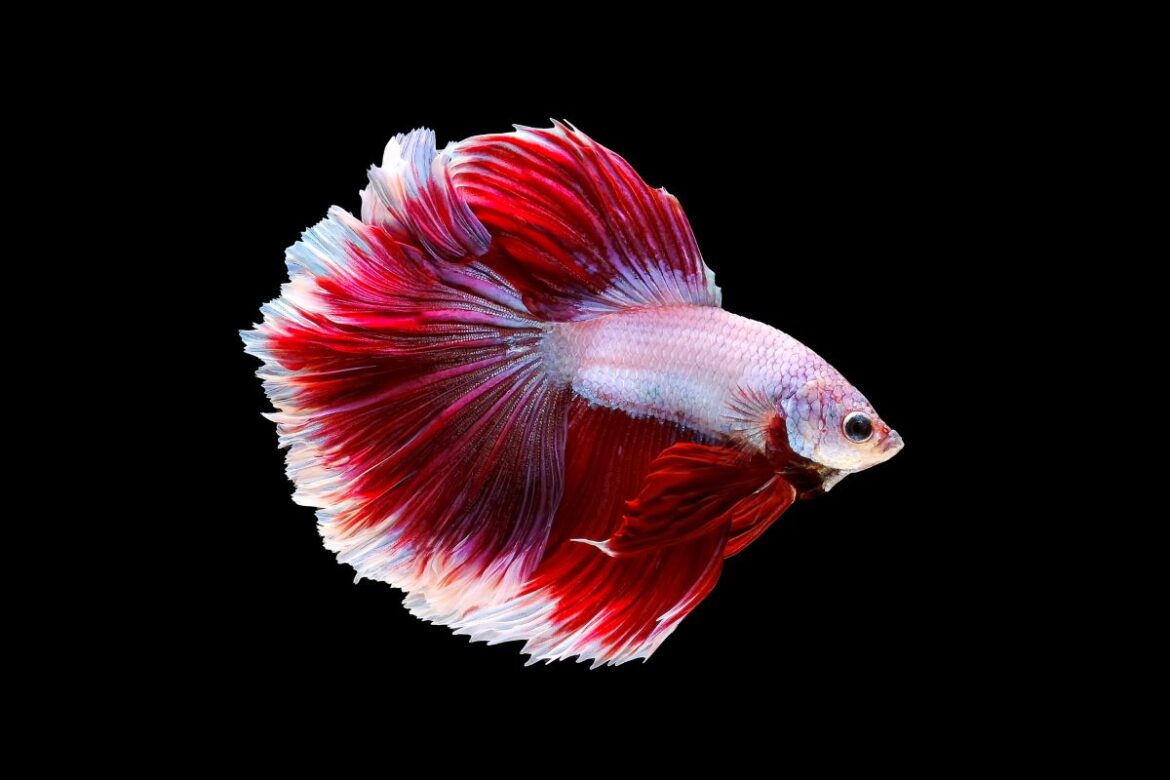 Betta fish are truly beautiful, and you might find yourself spending hours admiring your fish swimming around in their tank.

You might, however, become a little concerned if you notice the fin of your betta fish curling, and it could lead you to think that something serious might be wrong.

Keep reading to find out the various factors that might cause a betta fish’s fin to curl, and any possible treatments to fix it, or prevent it from happening further.

Causes Of Curling Fin And Treatment

It is really important to keep a close eye on your betta fish and to notice any changes in their fins. Often, you will be able to pick up on any health issues early on by paying attention to the shape, color, and condition of their fins.

A curling fin can be a sign of a few different things, some which cannot be treated, such as old age or genetics, and others which you can fix, such as incorrect water conditions or even stress.

Below are the different reasons why a betta fish’s fin might curl, and how you can work to treat each cause.

Betta fish can live between two and four years, although some have been known to live well past this. As they age, their fins will start to change too, and one symptom of this is fin curling.

The older a betta fish gets, the more likely their fins are to curl. Along with the curling, the fins will also twist and fray, and look quite tattered and ragged.

This can be a little heartbreaking to see, as you would have had your betta fish for quite some time, and the visible signs of aging do mean that they won’t be around for all that much longer.

To be sure that your betta fish’s fins are curling because of old age, look for other old-age-related symptoms, such as white spots, faded colors, and lethargy.

There is nothing that you can do to treat a curling fin when it is caused by old age. However, we recommend testing the water quality anyway to make sure they aren’t actually battling an improper environment or fin rot, which can look similar to aging.

Curling in a betta fish’s fin can be caused by genes passed down from parents or further back. Sometimes a betta fish can be born with curled fins, and other times this only appears after a while.

There is nothing that you can do to prevent fin curling caused by genetics, and it is best to not go on and breed this particular betta fish, as there is a chance that they could then produce offspring who have curled fins as well.

This does not mean you cannot love and enjoy a betta fish with a curled fin, but you might just want to keep them away from any breeding partners!

Stress can cause a betta’s fin to curl, and the stress can be brought on by a range of different factors. A betta fish might become stressed due to having too small a tank, or from any conditions they faced in the local pet store they came from.

Being paired with larger, more aggressive fish can also cause fin curling, as this can be quite stressful for them too.

Make sure that your betta fish has a big enough tank, and that they have a protein-rich diet to help them stay healthy and strong.

Betta fish can be very territorial, and because of this, they can be aggressive towards each other. Male betta fish are known to attack each other when sharing a tank, and this can cause significant injury to either fish. Some betta fish even attack their own fins in confusion too.

A betta fish’s fin, when injured from a fight, can heal back to normal, but often, it does not heal back properly and this could cause the fin to appear as though it is curling.

You should be able to notice right away when your betta is injured by another betta, and you should definitely look at separating two fighting betta fish before the injuries become more serious.

A common problem that some betta fish owners have is that their water is too hard. The hardness of water refers to the water containing a high volume of minerals and this then increases the pH level.

Different species of fish can survive and thrive in different water hardness levels, and when it comes to betta fish, their ideal level ranges from 5 dH to 20 dH. Anything higher than this can cause your betta fish’s fin to curl.

Other than working to correct the water hardness, you should not be too concerned about the curling. It is not painful or harmful to your betta fish, but it does mean you need to test the water.

Make sure to do proper research and know how to fix the water hardness properly, as you don’t want to make the situation worse.

There are other water condition factors that you need to ensure are right for your betta fish, other than just focusing on water hardness.

The temperature of the water needs to sit between 76-81°F, and anything colder or warmer than this can not only cause your betta fish’s fin to curl, but it can also be bad for their health.

The pH level in their water should also range from 6.5-7.5, and should not stray from this. Water that contains a high level of nitrate can also cause a betta’s fin to curl, and the right nitrate level should be less than 40ppm. The ammonia level in the water should be zero.

To keep the water in the best condition for your betta fish, and to prevent fin curling and other potential health issues, you should change about 15% of the water weekly, and make sure to test the water regularly.

By keeping the water in good condition, you will not have to worry about it harming your betta fish, and you will save yourself quite a bit of worry later on.

You have to make sure that your betta fish has an adequate size tank. If you had to visit a pet store that didn’t really pay attention to the health of the betta fish they sell and kept them in small tanks, you would notice that the betta fish mostly have curled fins.

Small tanks can lead to fin curling in betta fish, and in this case, it is something that is absolutely avoidable. Make sure to do your research when bringing a betta fish home, to ensure that they have the right size tank and do not feel constricted.

If you think that the tank size is the reason your betta fish’s fin is curling, then you should move them to a more appropriate sized tank (this tank is our favorite).

When bringing a betta fish home from the pet store, and if they have a curled fin, then you know to give them a bigger tank and better water conditions, and to ensure they are fed a protein-rich diet.

There are various reasons why a betta fish’s fin curls, and it could be due to old age, genetics, stress, and incorrect water conditions.

The various reasons why a betta fish’s fin curls can make it slightly difficult to pinpoint exactly why it might be happening, but you need to consider the age of your betta fish, the size of their tank, and their water conditions.

Some causes of a curled fin can be treated, and the fin should grow back to normal, but other causes such as old age or genetics cannot be treated, and it is just a special trait your betta fish will be stuck with!

How do you fix a clamped fin on a betta?

When your betta has a clamped fin, first test the water condition and make sure it ticks all the boxes for your betta. Next, check for an infection, as the clamped fin might be caused by an infection. You might need to add an antibiotic to the water, and even add in aquarium salt to the water as well.

What does it mean when a betta fish’s top fin is down?

When the top fin of a betta fish is down or slumped, it means that the fin is clamped. It could be because of infection, stress, or too high ammonia levels in the water.

Up Next: Can I Leave A Blue Light On In A Fish Tank?

Shell Rot On A Red Eared Slider (What To Know)

How Do Clownfish Sleep?