How Do Clownfish Sleep? 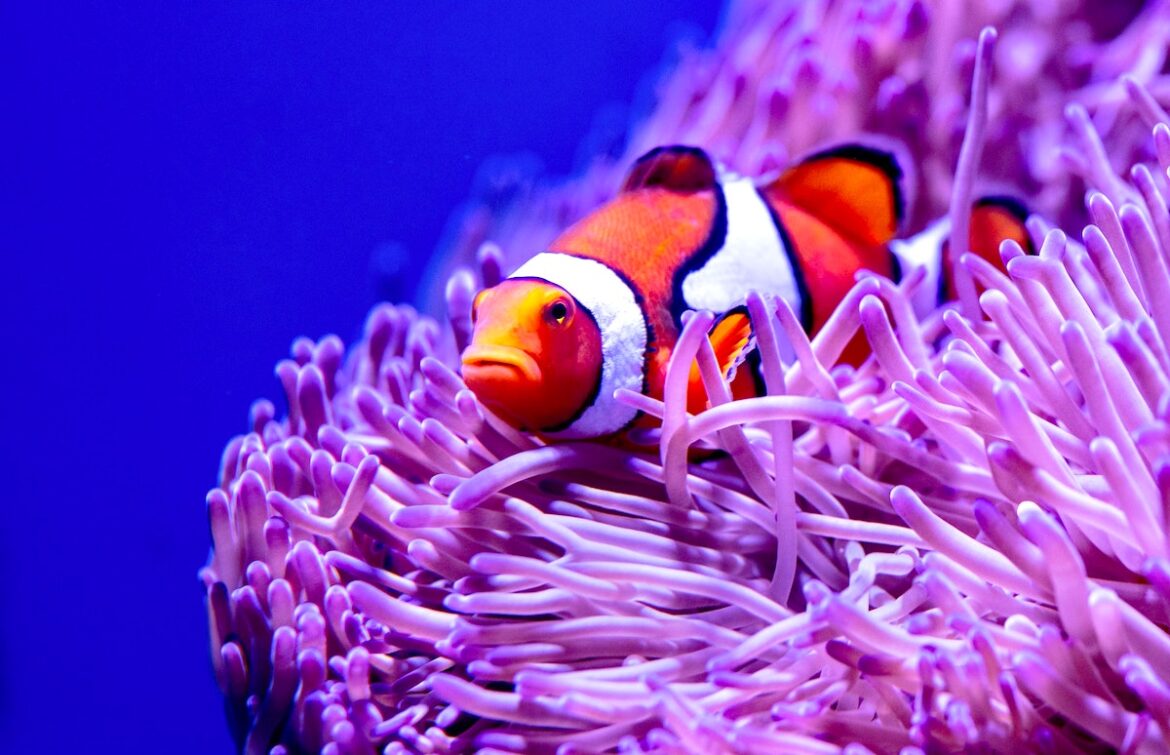 It may sound impossible to believe that one of the most popular domestic pets is fish. Yes, they don’t catch or cuddle. But, animal lovers across the world love to see aquatic life flourish in tiny tanks within the confines of their homes.

You see, unlike the mammals that we adopt and love so keenly, fish have to be treated on the extreme side of the spectrum. They cannot be held, caressed, cuddled, or taught any kind of neat tricks: there is little or no physical interaction.

Yet, the emotional connection between fish and their keepers is very real. The level of care you give to your fish is of great significance as even the slightest bit of change within their environment or diet can quickly kill them off.

But that does not quell the enthusiasm of the fish lovers who go through extensive efforts to collect and care for the most common to the rarest of fish in their homes. But amatuer fish guardians often find themselves wondering whether their fish sleep or not. Well, wonder no more.

How do clownfish sleep? Clownfish sleep at the bottom of the tank, hiding in anemones, or close to a hollow shell. If you see a clownfish in a trance-like state at the same hours during the day, know that the clownfish is sleeping and there’s no need for concern.

Most aquatic experts agree that the majority of fish sleep – both in the wild and your home. Keep swimming to learn more of the ins and out about how your little fishy catches some zzz.

How Do You Know That Your Fish Is Sleeping?

Most first-time fish owners do not know about the tiny details that help you understand specific fish behavior. There is a criterion that needs fulfilling for particular animal behavior to be formally identified as sleep.

The one defining difference between other animals and clownfish is the fact that they do not have eyelids. Hence you cannot be 100% sure if they sleep.

But as your clownfish does fulfill all of the particulars mentioned above, you can say that your clownfish needs to sleep to recharge its batteries. Although you’ll probably see their eyes are wide open.

Another distinguishing contrast between other fish and clownfish is the fact that clownfish cannot stop swimming. Clownfish have very soft pectoral fins, and they do not perch on them like many other fish.

Hence, you are likely to see your clown-baby swim around very slowly and gently around a self-selected sleeping spot during its snoozing hours.

Can Clownfish Sleep Without Anemones?

There’s a rumor that clownfish cannot do well without anemones. But that is not strictly true.

You see, in the wild, clownfish do use anemones to live. All other kinds of fish are stung by the tentacles of the anemones and die. They are the only fish that can survive living in anemones. It’s called a ‘symbiotic relationship.

Technically, it means it’s a relationship where both parties have advantages being together. So, clownfish are very deceptive in their looks and name. They aren’t friendly or entertaining in any way. On the contrary, clownfish are very active and aggressive. And they fiercely protect their territory.

Clownfish are saltwater creatures. And they do live in anemones in their natural habitat. But, clownfish can be kept by fish lovers.

Although, most nature lovers are against such a practice as only ten out of a thousand anemones are able to host the clownfish. And if you get the wrong kind of anemones, then your clownfish is as good as dead.

So you see, in your fish tank, it’s safer not to risk putting in anemones. Your clownfish may exhibit unusual behavior within the tank.

Most clownfish in the tank tend to live close to the surface of the aquarium. It may choose to sleep at the surface on its side.

Or it may adopt a ‘pseudo anemone’ which can be an empty coral or hollow shell as its living and sleeping quarters. While others may choose to lie at the very bottom of the aquarium giving their fish parents palpitations that their beloved pet has departed the world, only to discover later that their fish-babies were dozing.

Now, parenting is no easy task, be it a baby or a pet. Each requires tons of love, nurturing, and nourishment. Hence, you will always find pet parents perusing for as much valuable information as they can.

But when it comes to fish, you have to remember that tiny buggers require far more attention even than your largest domestic mammal.

There are always a ton of queries fish owners have, and if you read on, you’ll find the answers to many questions that will help take better care of your beloved pets.

Do Clownfish Eat Their Young?

Clownfish are overprotective parents when it comes to their eggs. So, you’ll never see the nest or the anemone where they have their eggs empty.

But not all the eggs are ever fertilized completely and may rot. To prevent decay, both the female and male clownfish may eat the unfertilized eggs. Moreover, it is the male clownfish that does most of the egg sitting.

But once the eggs hatch, neither the male nor the female care for the young. The babies can be swept away, eaten by other fish, and sometimes even by their parents.

How Long Do Clownfish Live?

In the wild, clownfish can live up to 6-10 years. But clownfish do not fare too well in captivity. Even with the best care, clownfish in tanks only live for a maximum of 3-5 years.

It takes about 2-3 years for clownfish to grow to adulthood. Hence many aquatic creature enthusiasts do not recommend taking the clownfish away from its natural habitat, considering that their life span is severely affected by being kept in tanks.

Can You Have More Than Two Clownfish In a Tank?

But if you plan on introducing multiple clownfish into a tank, you will only regret your decision. You see, clownfish is a strange species in the sense that the more the clownfish around, the greater the aggression you will witness from your fish.

There can only be one female in any tank, and the rest can only be males. If you have more than one female clownfish in your tank, it will instigate a fight between the females. And, in all likelihood, once the contest is over, only one will survive.

And once a pair is formed between a female and male, they can exert much dominance over the other males. This can lead to small-sized male clownfish. Due to this, the bullying becomes even easier for the dominant pair.

So, the best available option is either to have one clownfish in the tank or two. But, not any more than that.

There are rare cases where a dominant pair have lived in relative peace with the other males. But, that, as mentioned, is a rarity. As the possibility of aggression and hostility between a large school of clownfish is too high, it is never a good idea to have many clownfish in a tank.

Up Next: How Many Goldfish In A 20 Gallon Tank?

What Fruits Can Pet Pigs Eat?